Huelva is a port city in the far southwest of Spain near its border with Portugal. It lies slightly inland from the Atlantic coast where the rivers Tinto and Odiel converge.

Huelva boasts a smaller inner port mainly used for tourist boats and larger outer port. The outer port has weekly ferries to Arrecife in Lanzarote and Las Palmas in Gran Canaria. Visitors to the city keen on history will find a number of tourist attractions relating to Christopher Columbus.

It was in Huelva that Columbus sought financing for his expedition to find a sea route to Asia. Having gained finances for his voyage Columbus set sail from Huelva in 1492 and made one of the most notable discoveries in world history, The Americas. Today, visitors can see life size replicas of his three ships in the Muelle de las Carabelas Harbour.

Huelva is largely industrial on its outskirts and it’s not until you reach the city centre do you find its charm. Here you will see picturesque squares and plazas and a number of interesting monuments. Be sure to try the bountiful local fish and seafood in the city’s many tapas bars and restaurants. Good shopping options can be found along the pedestrianised streets of Berdigón, Pérez Carasa and Concepción.

Among the city’s many plazas are some lively late night bars and entertainment venues. Many of these are to the west of Plaza San Pedro along Calle Aragon and Calle Pablo Rada. For the best views of the city, the bars and restaurants along Av. de Manuel Siurot form the highest point of Huelva. Visit in the evening for spectacular sunsets.

Huelva is not really a city for beach lovers due to its busy ports. Visitors that do fancy a swim or sun bathing should head to El Espignon Beach. It lies on a sand spit and is around 3 kilometres long. Be sure to take along drinks and snacks as there are no beach facilities.

The image below once clicked will take you to a full size Google map of Huelva and surrounding areas. 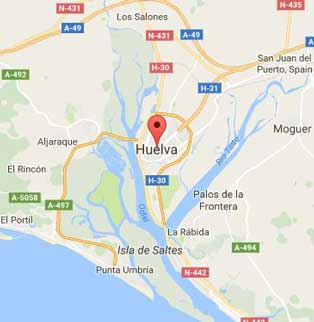 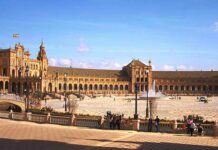 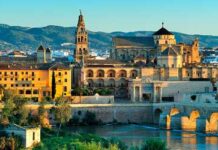 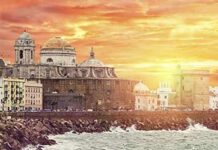 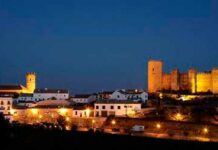 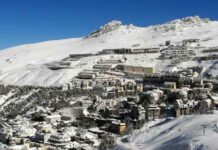